Are you the Greatest Cricket Fan? 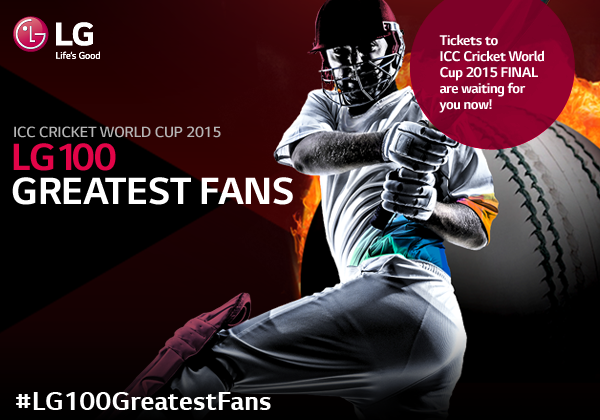 If there had been times that you’ve prayed for your team. Tried your lucky juju in the hope your team wins. Have had exciting times and lots of cheers while rooting for your team! Then yes you are one of the passionate Cricket fans out there. But are you one of the greatest?

Now that the World Cup is about to arrive, your passion for the game is sure to be put on test, for you’ll be glued to the screen again screaming, cheering along with your friends hoping that your team performs well and wins! This time even more, as 14 teams fight for the cup with over a billion people watching and supporting their teams.

Guess what, the excitement has already started building in! And if you get to prove that you are one of the Greatest Cricket Fans you might as well fly to Australia and cheer for your team in the very stadium itself! Because LG understands the craze behind the Gentleman’s Game and to make this World Cup even more exciting LG in association with ICC have brought #LG100GreatestFans, especially for Cricket crazy fans like you!

A one of kind campaign, where you show your passion for the game, support your team and get a chance to:

Well, a great team needs greatest fans by their side. Fans like you. So go ahead and participate in LG 100 Greatest Cricket fans and show your passion for the game!