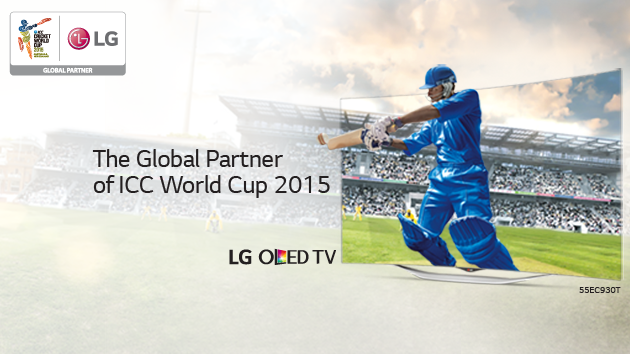 The fall of winter for LG family and cricket lovers were very much lively with some intense moments in CWC15 creating history. The question is how many of you experienced some of those legendary moments live in Australia and New Zealand?

It’s obvious that once in a lifetime you would like to see your favourite players breaking records in front of your eyes… isn’t it? The possibility appears when a match is played in your home country, but when it comes to flying to some other nation… you think of the expenses you are going to bear.

How LG got a century on the scoreboard?

Let’s move on from this traditional practice of worrying unnecessarily for flight fares, which is the main obstacle that stops you to see a world cup match at a foreign location. It was 100 days before the CWC15 when LG partnered with ICC and brought alive the LG 100 Greatest Moments from the history of world cups. 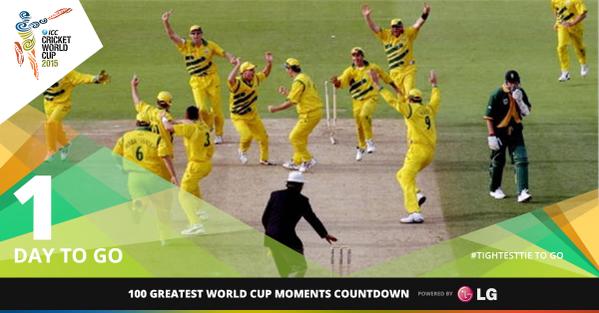 Were you one of them?

With the historical moments creating a buzz on our social network, LG came to the fore with the campaign “Buy and Fly” that continued till 7th January 2015, creating a traffic of 2 Lakhs plus visitors and engaging more than 14,000 users. The campaign became a gateway for the lucky winners, who purchased LG products and flew to Australia to watch CWC15 match live.

Do I see my name there?

LG not only gave way cricket freaks an option to fly but also arrested millions of cricket fans with the launch of LG’s global campaign – LG 100 Greatest Fans. It engaged worldwide participants by sharing their entries in form on pictures, text, audios or videos showcasing why they are the biggest cricket fan. The winners were at the final and top 100 entries got their names engraved at a special bench at Hagley Oval Stadium, New Zealand. 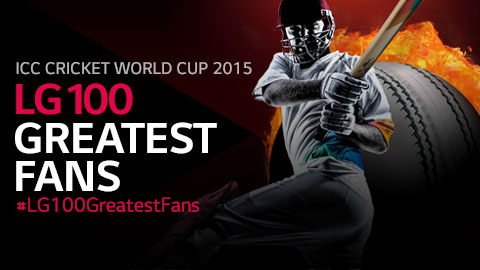 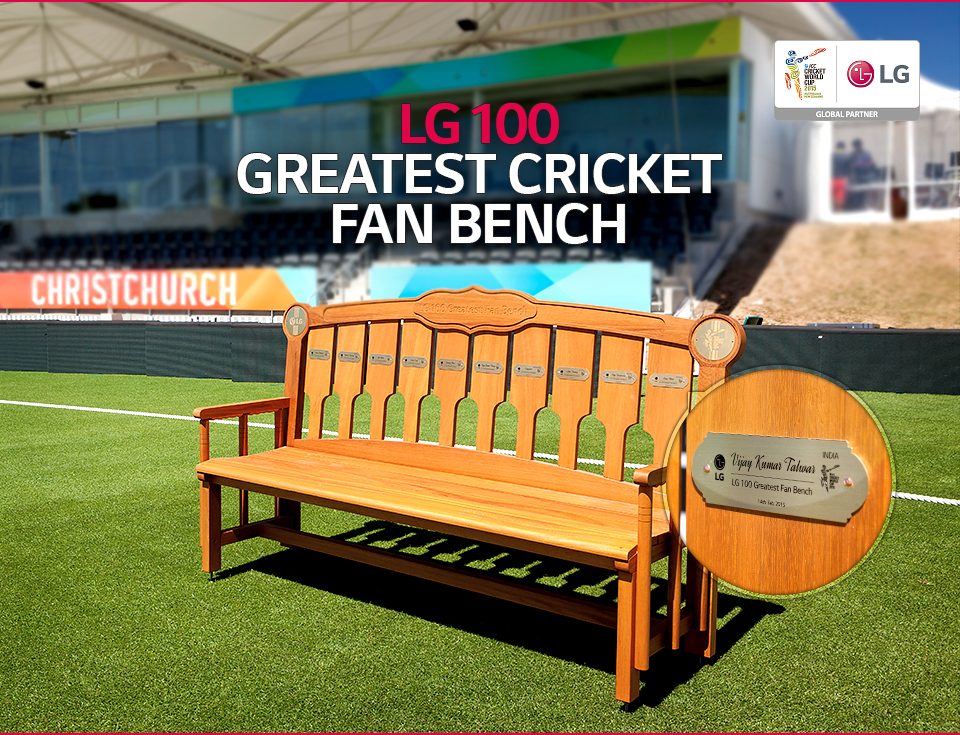 With LG you are always with opportunities

It wasn’t the end of opportunities for Indian cricket lovers as LG introduced the LG Mini Pavilion event that ran across 8 cities. It was a gala where people came and experienced latest LG technologies, played fun cricket games, clicked super fun selfies and shared with #MyCricketMyVoice.

The big surprise for cricket lovers was in the cities of New Delhi and Kolkata, wherein LG brought live from Australia and New Zealand the quarter finals on LG Pavilion’s big screen.