March and April were exciting times for LG CINEMA 3D TV, with unveilings at several different venues around the world, taking the LG CINEMA 3D TV marketing endeavor to a whole new dimension. Wondering what we did in Hong Kong, Russia, and Brazil? We’ve got the details on that, as well as what went on in the U.S., and in LG’s home market, South Korea.

Hong Kong: A Leon Lai Love Affair with LG CINEMA 3D TV
Not everyone knows what Cantopop is, let alone Cantopop’s 4 Heavenly Kings. But Leon Lai is one of them and he dropped by the event in HK. Well, he didn’t exactly just drop by. In fact, he made a grand appearance and was there to show a brand new 3D video for his latest single, “See You Later.”

The 3D music video was a first, and it was the result of a great collaboration between LG Electronics and one of Hong Kong’s most innovative and successful record labels, aMusic, who worked for 9 months to combine the faces together with slick animations of the bodies. The innovative video caught a lot of attention, so much so that Leon Lai is now one of our biggest fans. 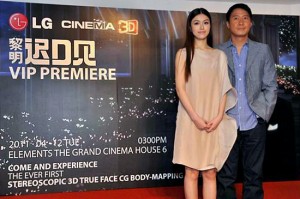 LG Electronics is planning to release the music video on 3D Blu-ray in the market soon. The title will be shown exclusively on LG CINEMA 3D TVs in stores, and customers will be given a free copy.

Russia: A Passport to the Third Dimension
Watching 3D TV can feel like being transported to another world. In Russia, that “other world” happened to be a very exclusive launch party that required a special passport for entry, which we dutifully supplied to all our guests. It was just like crossing the border, with “immigration” officials waiting to stamp the passports.

Once inside, guests were treated to a world of high technology and fun. First up was the I-Bar, where cocktails were mixed with the latest LG touch screens. We also set up an I-Wall that took up an entire side of the reception area. It gave guests a chance to get up-close-and-personal with rich multimedia content, everything from music to TV programs. Headline performances from top stars like Baneros and Janna Friske got everyone up and moving. 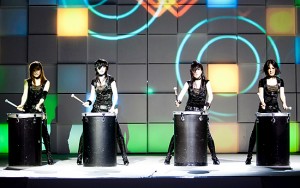 ‘Drumcat’, the world only female percussion group was invited for powerful drum performance

Brazil: Former President Lula da Silva Pays a Visit
If you want to have a passionate launch party, is there a better place to do it than Brazil? The Transamerica Expo Center played host for our party and we were honored and privileged to have as a guest none other than the former president of the country, Lula da Silva. He is still very popular and, as we saw first-hand, still so very passionate. It was the first time for him to take part in a corporate event since stepping down last year so it was very meaningful to have him there with us. 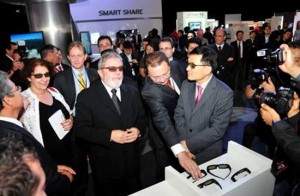 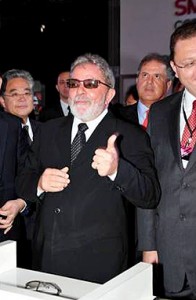 The former president talked about the cutting-edge power of LG CINEMA 3D TV technology and, ever the diplomat, also expressed his hope to see LG Electronics continue to contribute to the development of Brazil’s bright future.

United States: Diving into March Madness
Brazil isn’t the only place full of passion. In the United States, few annual events generate more passion than college basketball’s March Madness. It’s one of the top sporting events all year, attracting roughly 40 million viewers and participants from across the country. For these passionate basketball fans and their families, LG Electronics put together a variety of great events to enjoy at the venue.

This past year, the championship match was held at Houston’s Reliant Stadium. Nearby, at the George R. Brown Convention Center, the NCAA also put on its highly regarded fan festival. LG Electronics was in both places, with two CINEMA 3D TV Booths and a lot of fun family events. This “Tip-off Tailgate” event was held at the booth, inviting customers to pick their favorite 3D technology, with 3 of 4 participants selecting CINEMA 3D’s FPR 3D technology over conventional 3D technology. A sweepstakes giving away CINEMA 3D TVs was also held for the participants. Over the course of 3 days, more than 2,300 people participated in the pre-game events.

Korea: A 3D Battle in the Stars
Korea is a virtual Mecca for gamers. What other country has its own professional computer gaming league? So it made perfect sense to do our launch event in our home market in concert with a game event. Hence the genesis of the LG CINEMA 3D Game Festival. For the first time ever in Korea, gamers could duke it out in 3D among the stars! 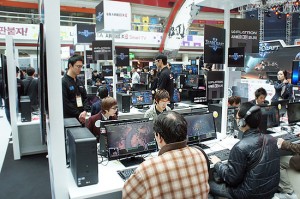 Ever been to an indoor event where hundreds of people are all staring at computer screens all decked out in 3D glasses? That was the atmosphere at LG CINEMA 3D Game Festival event. The entire venue was powered by LG 3D Notebooks and LG CINEMA 3D TVs and, with everyone playing in the Star Craft 3D Game League, like a real battlefield, with all the top players from the league going head-to-head. 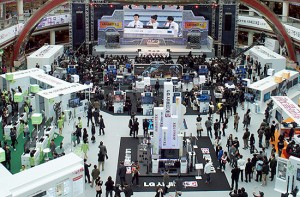 And it wasn’t just computer games. We also had singers perform in 3D at the event. They were on one stage but we captured them with a 3D camera and broadcast it around the venue in real time on LG CINEMA 3D TVs. Hundreds of fans took part and got to witness something very special.

LG CINEMA 3D TV launch events have been held around the world and these were just a few of the highlights. We’ve also been in Indonesia, Australia, Vietnam, India, Thailand, Singapore, Malaysia, the Philippines and New Zealand. At each event, we’ve met so many wonderful people and everyone has been amazed and fascinated by the power of 3D technology.

And it’s a safe bet that LG CINEMA 3D TV technology has more in store for us. Come by any time and we’ll keep you posted on what’s coming up next!