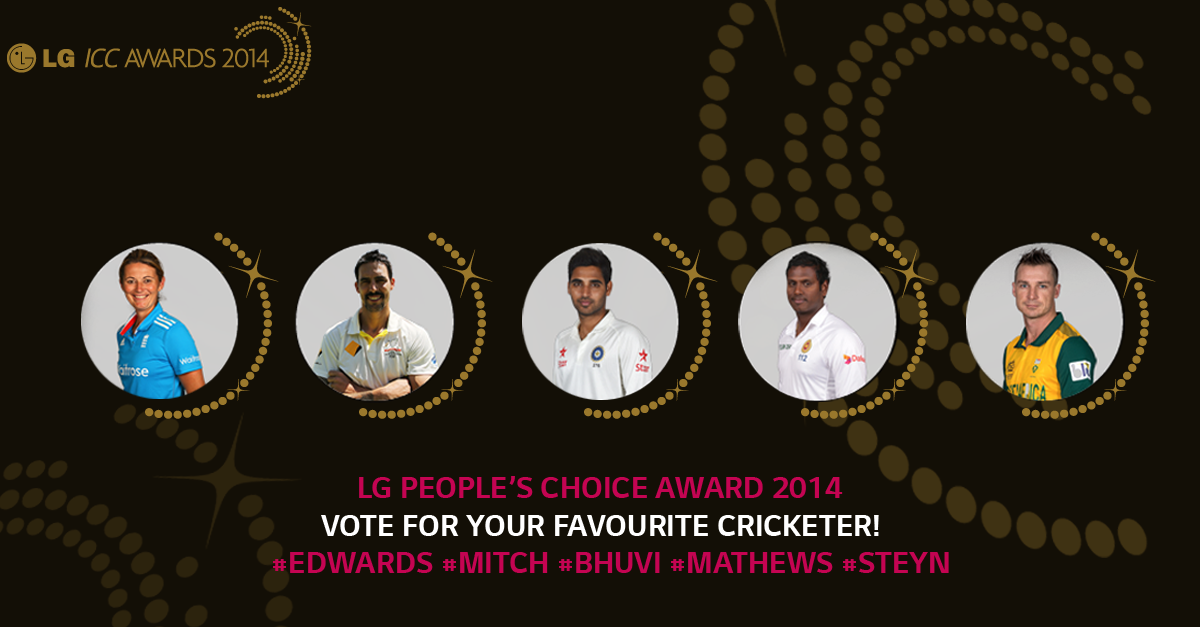 The most awaited awards for excellence in cricket: LG ICC Awards are back! For almost 10 years LG in association with ICC has been celebrating the game’s heroes and role models based on the performance from the past year. The annual LG ICC Awards is an opportunity to celebrate and recognize Team and individual performances from across the International Cricketing landscape. The awards have honored some of the biggest names in men’s and women’s international cricket. Each award is voted for by a specially selected panel, which this year consists of former players, renowned members of the media and an elite umpire and a match referee.

Now that all the Cricketers from the World have worked real hard throughout the year, it’s your turn to cast your vote and reward one of them with this prestigious award. And the nominees this year are: England Women’s Captain Charlotte Edwards, Australia Fast Bowler Mitchell Johnson, India Fast Bowler Bhuvneshwar Kumar, Sri Lanka Captain Angelo Mathews and South Africa Fast Bowler Dale Steyn.

So go ahead, cast your vote for your favorite Cricketer. Be heard and make a difference! Just log onto LG My Cricket My Voice microsite and make your favourite a winner just like the way you’ve done in the past.