LG India: “LG is leading the 3D TV market and will continue to do so!” 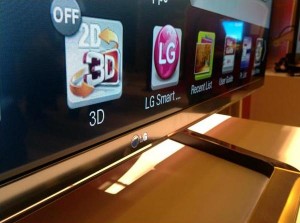 We were at the special preview of the new LG 3D TV series in Mumbai, India and we found some interesting facts about where LG is and what is it planning to do so in the coming years. Before you read, if you think LG was dormant, you’re probably wrong!

The company unveiled a series of new Televisions which ranges from 32″ – 72″, all with the 3D capabilities and also some specks that we never thought we’d probably want. LG thinks that the LCD televisions would be out of the market by 2014 or 2015 at the latest and also the company expects to have 50% of the 3D TV market share at those times. The stats that were displayed shows that the 3D TV industry has been on the high and has reached 10% market share from as low os 1% in the past year alone. These are infact good signs that people are looking at TV with special capabilities.

“LG is leading the 3D TV industry and it continues to do so in the coming years,” was the statement that the General Manager of LG India made at the event. Furthermore, talking about what inspired them to make these Bezel-less TV sets, the company explains that they wanted to bring in theatrical effects at home to get the max out of their entertainment system.

The new LM series devices were pretty impressive and they are coming out to the market as early as next month. Besides this, the company has revealed interest in issuing very regular software updates to their entertainment systems to add and fix the features running on them via the air. Mr. Gupta also told us that they would be issuing a software update next month which would allow the user to connect his/her Mouse and Keyboard via USB, that would Help them navigate across the device.

Besides all these, one thing which caught our eye was the FPR technology. LG was proud enough to reveal that they have patented this technology, which allows seamless game play for multi-player split screen games without needing any special external hardware. What the FPR does is pretty impressive. We experienced the FPR with a Xbox 360 running a multi-player car game. The two players have their own polarized glasses on them and the TV is capable enough to project the correct picture to the corresponding polarization, by overlapping the split screen and separating them according to the polarization.

We think LG has done a really good job in bringing in the premium content as well as free content to these TV sets. We got our hands-on with YouTube and the in-built browser. And not to be surprised, LG has provided a desktop class browsing experience on this. And wait, does the browser support flash? Yes it does. The new LG LM series TV’s browser supports flash in them. So users are not restricted to HTML5 based content alone on their TV.

And with the Keyboard and Mouse connectivity coming up in the next update, the experience is going to be amazing. We’ve got the event covered and look for the next few posts to know more about some of the amazing things LG showcased us.

Karthik K is the Editor-in-chief of The 4Cast. Loves blogging, movies, music and hard core technology enthusiast and evangelist.