LG Mosquito Away TV with the Bambanis

LG launched the Bambani’s Campaign with the intent of communicating a unique idea based on India’s first LG TV with Mosquito Away Technology to its core audience. What truly sets this campaign apart from the rest is the outlandish nature wherein lies its true essence. This campaign is based on a regular family The Bambani’s where watching TV together is more than a ritual but the entire family is affected by one major problem, Mosquitoes! The buzzing blood-sucking creatures, the harmful chemical repellants and the never-ending urge to killing with a clap is their everyday business. 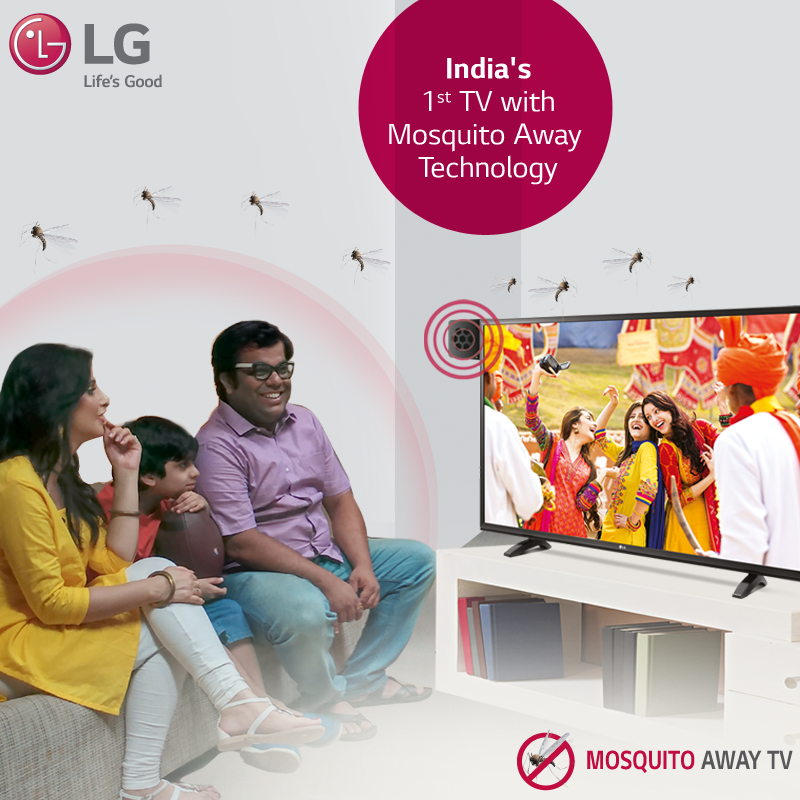 However, their search for a perfect solution comes to an end with the LG TV with Mosquito Away Technology but then how can we let go of a habit formed over an entire lifetime? Watch this funny and quirky family to find out more. http://bit.ly/LGMosquitoAwayTV The reason behind this approach was simple and the aim was to establish believability in this product followed by its performance which in itself indicates the plight of mosquito infested households. The ad has been received well. The LG TV with Mosquito Away technology keeps mosquitoes at bay whether you’re enjoying a movie or programme on TV with its ultrasonic sound waves. With no harmful chemicals, everyone is safe including children when the LG TV is working its magic. The campaign has surely made some considerable numbers. For instance this video has 5.5 Mn impressions, 3.9 Mn reach and more than 1Mn views. The unique technology and the message treatment has played a pivotal role in its success. In fact this campaign has been the talk of over 11 marketing news portal including names like AdeAgeIndia, BrandMedia, Social Samosa and Exchange4Media. The vintage story telling idea along with the focus on creating product awareness rather than on already well-known brand also made this campaign work

Finally a product that will let you enjoy your favorite TV programs in peace. Before it is too late and either of you become the next Bambani, let LG TV with Mosquito Away Technology free you and your family forever from weirdness.