LG Nexus 5X: A Champ In The Form Of An Android Smart Phone

Just imagine to defeat time that passes like a ray of light nowadays in the density of the bustling city life. Complications, competitions and cognitions are all coming together where navigating our lifestyle is becoming an uncertainty. The visibility to gain ground against all blur is now knavishly reflected and refracted in a wider display that engages you in a top-line performance.

Where rest of the world is still in the topography of physics and mathematics of life… distinguishing complications and lifestyle… LG on the other hand brought back the all-around champ for you. Valuing time is now the biggest concern and it has been made easier with the latest Android 6.0 Marshamallow Operating System and  Qualcomm Snapdragon 808 processor in LG Google Nexus 5X. Introducing the champ, Nexus 5X, in the form of a Smart Phone from LG… with world class speed and performance at an affordable price. 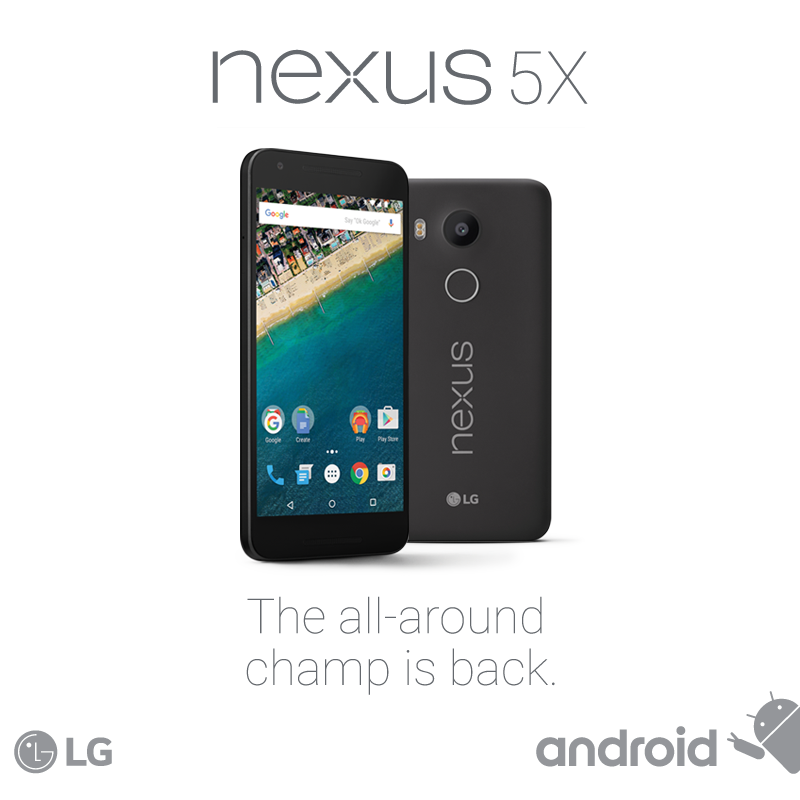 The incredible disclosure of the champ to the world went through a spectacular event phase that has engaged many Smart Phone followers and bloggers. LG attempted to bring the champ through the eyes of the people as whole, just to feel the intensity of its features in the density of time, city and competition. The event flow continued with revealing the champ, LG Google Nexus 5X, and followed with bringing out your city’s distinct corners and flavours. The key behind the successful event is its powerful 12.3MP 1.55Micron camera that can capture more light even in the dimmest conditions. With a faster Google Camera app, you’ll never miss a moment, and with the smart Google Photos app, your memories are easy to relive and always at your fingertips.

The LG Google Nexus 5X will never let you lag behind as it has been built from the inside out to make the most of the world ‘s most popular OS, with Android 6.0 Marshmallow right out of the box and automatic software updates as they  rereleased. Moreover access to home screen and digging into apps has been simplified in LG Google Nexus 5X with the Smart Finger Print Sensor… one touch turns on your phone and unlocks compatible apps.

Ultimately with LG Google Nexus 5X you are living in a world of compact and light weight device that offers an unbelievable 5.2” display… letting you to discover the soul of Nexus family. Now add more value to time with the best of LG Google Nexus 5X in the palm of your hand. Lifestyle is now multiplied 5 times better!