LG WING 5G: The Most Transformative Smartphone Experience Ever

Gone are the days when smartphones were just something basic. Up your game in smartphones with LG India’s new launch LG WING. It lets you explore the unlimited possibilities that no other smartphone provides. Swivel up to experience the ultimate multitasking and spread your creative wings with Gimbal Mode, and you will never want to go back. Take Flight to New Spaces with #LGWING.

What’s more amazing? You can Swivel from a sleek mobile phone to a brand new form that redefines multi-viewing and multitasking. See apps both horizontally and vertically for a new level of intuitiveness never reached by any other phone before. 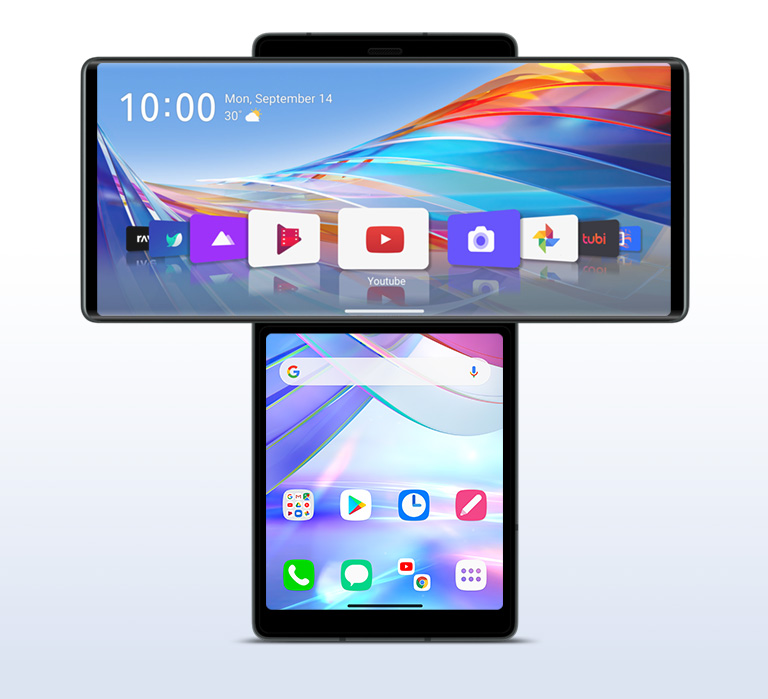 Experience Countless possibilities by just one move. The 6.8 Flawless POLED FullVision display is a thing of beauty even when closed. Immerse yourself in movies with the cinematic 21:9 view. The Pop-Up Camera allows for flawless edge-to-edge viewing, with no selfie cam in the way. Swivel up to reveal a 3.9 GOLED Second Screen, and uncover astonishing new features like the Gimbal Motion Camera, Dual Recording, and more.

Swivel up for even more functions. The gimbal mode is more than a video stabilizer with the Second Screen – it looks, and acts exactly like a gimbal. Watch a video on the Main Screen using the screen below as your personal remote control. Film from both sides using Dual Recording. And, scroll through your gallery with the carousel on one screen and the full-sized photos on another. 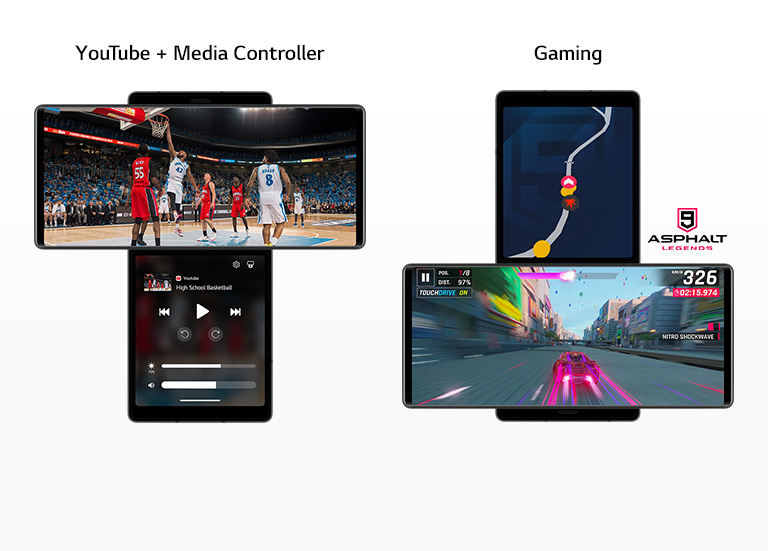 No more switching between apps. Do two things at once and be a perfect
multitasker. While you’re watching a video, you can message your friends, check notifications, surf the web, or go shopping, all without minimizing the screen or being interrupted with pop-up windows covering the screen. 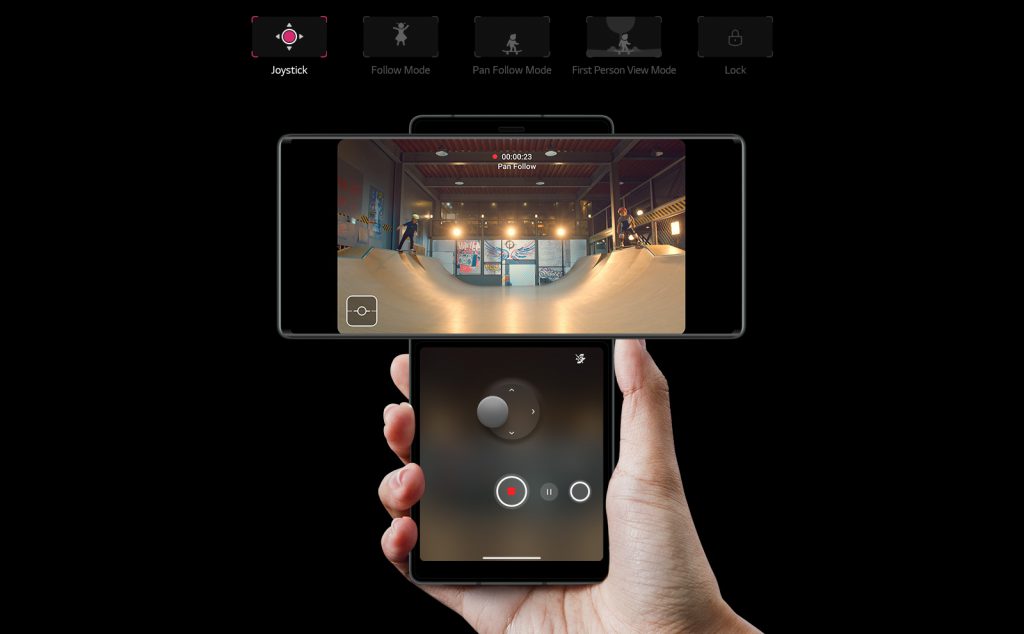 Gimbal Motion Camera gives you a whole suite of videography functions with Gimbal Mode, Dual Recording, Time-lapse Control, and Slow Motion. Capture exciting and versatile footage with unrivaled steadiness, even when you and your friend are moving through the scene.

Capture yourself and what’s in front of you. Dual Recording simultaneously shoots from the front and rear camera. Watch both shots side by side, Picture in Picture, or in split-screen as two separate videos.

Triple Camera, Plus a Pop up Treat.

A creator’s paradise. 64M captures vivid details, 13M Ultra-Wide fits the whole scene in a single shot, and the dedicated 12M Ultra-Wide Gimbal Motion Camera keeps everything nice and smooth. 32M Pop Up Camera hides away when not in use, and then rises up into action when you hit selfie mode.

LG WING offers both conventional and unique user experiences – giving the user the option to choose which one they want according to their needs at the moment. It’s a must-have smartphone. So what are you waiting for? Get your hands on this brilliant phone today!

5 REASONS WHY YOU NEED LG DISHWASHER IN YOUR KITCHEN