Nano Cell TV- Rich and Accurate Colors for everyone 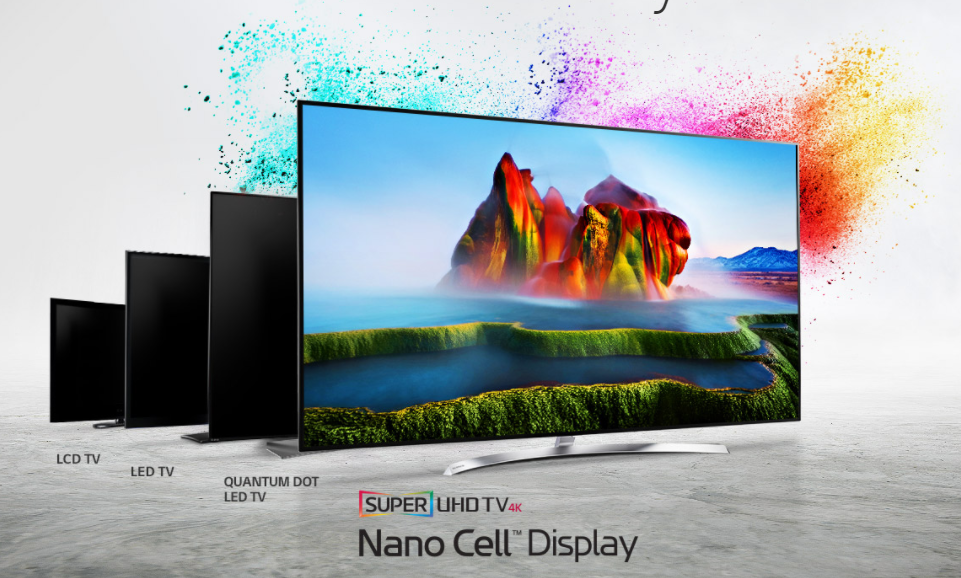 A revolution in Colour technology The world of television has opened doors to uninterrupted entertainment with the advent of Smart TVs. The exciting range of television not only caters to your infotainment but also connects to your loved ones with a click. Though these features seem tempting, the image quality is far from perfect. If you’re looking for a TV that will simply leave the viewers in awe with its crystal clear picture, it’s time to explore the LG Super UHD TV range. It sets a new standard for LED TV with its Nano cell technology. An innovation in the field of cutting-edge LCD display technology. It breaks the barrier of conventional technology like LED lights or Quantum dot technology.

What is Nano Cell Display Technology?

LG Nano Cell Technology, an advanced LCD technology enhances the hue quality via 1nm particles compared to the 12nm sized particles in conventional displays for a much more accurate display of hues.

Why it’s a Must-Buy?

The Nano Cell technology is revolutionary when it comes to display technology. Here are some of the benefits of this technology 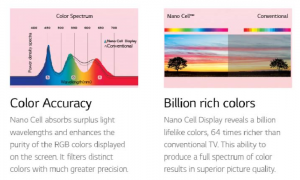 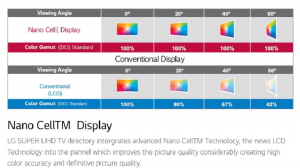 The wide angle view accuracy of the conventional LCD or LEDs offer 60% image quality compared to the LG Nano Cell Display. For instance, if you’re viewing a conventional TV from either side, there will be a notable shift in the colours. In fact the difference is quite distinct. With LG Super UHD TV, view the same unmatched quality even at 60 degree side angle without losing out on important details. LG conducted a super-match between renowned football players – Gerrard and Lallana to demonstrate the truth about colors in Nano Cell TV. In this match each of the players were supposed to hit the ball from a 60 degree angle on-screen located at the opposite sides of the court. However, there’s a catch, one of them is allotted a Nano cell Display and the other, a conventional LCD display with points. As the match starts, both the players kick on their respective screen viewed from a wide angle. Unlike conventional TVs, the LG Nano cell display lets you view the numbers with enhanced clarity. The fate of the Super Match (https://www.youtube.com/watch?v=McSdqXAmdKQ) rests on the shoulders of the TVs which in itself is the battle of the picture clarity. LG Super UHD TV delivers unforgettable clarity along with premium sound quality via Harmon Kardon speakers. It has an Active HDR with Dolby Vision that also supports scene by scene correction. Apart from these, it also has a super smart operating system designed for the TV. If you’re looking for a TV that will keep you or the viewers hooked on to the screen, Nano Cell Technology is the answer. Explore and discover the brilliance with LG Super UHD TV.