Water, water everywhere but not a drop to drink! Imagine if all the water in the planet becomes too unhealthy to drink, what will you do? Though pollution has already taken a toll on our nature, the added problem of plastics in water is just making it worse. Some of the recent cases across the world has raised quite an eyebrow.

Infact, World Health Organization (WHO) previously announced plans to review the risk of plastic in drinking water following an analysis that found micro-plastics in bottled water. According to a study, over 90% of bottled water contains tiny pieces of plastic, also known as Micro-plastic. Even samples were collected across 19 locations from Delhi, Mumbai and Chennai. The problem lies with plastic packaging. In the samples mentioned, the bottle cap plastic was prominent with a close second followed by other similar material found in water. 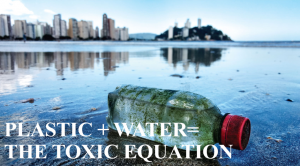 In recent years, the number of new-borns affected has increased considerably. Plastic found in drinking water leads to cancer and other serious diseases. Now imagine, if this is what leads to in case of plastic bottle, what will happen to plastic tank in conventional Water Purifiers?

Thanks to LG True Water Purifier that comes with dual protection stainless steel tank. It keeps secondary pollutants at bay and keeps impurities from growing. The stainless steel tank doesn’t add to the plastic problem and hence keep individuals drinking water from the same, fit and fine.