Rise of the Smarter

The LG Cinema 3D Smart TV has been reviewed and applauded by many. But AV Max’s May Edition saw quite an appreciation for the LG 55LM8600 – a part of the LG Cinema Smart 3D TV’s newest line-up. Check out the complete article here.

The 55LM8600 from LG is so smart that if it was human, it could’ve easily competed with Einstein’s intellect. It is a new generation Flat Panel that needs no heavy-duty instructions and gives you no pain in setting it up. It is a deity for gamers who understand its standing and a total delight for avid movie watchers. 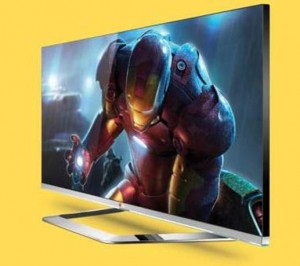 The concept of ‘Better Getting Best’ gained a lot of attention in this year’s CES. Particularly in the television sector, the trend of smart TVs getting smarter and exactly what needs to be worked upon to achieve it was the most discussed topic. While each television manufacturer presented their own ideas, LG has turned out to be the first television brand to bring the solutions to the Indian shores. Here is an exclusive review of the 55LM8600 from their latest range of Cinema 3D TVs. Considering how well theirCinema3D TVs faired in 2011, our expectations were sky-rocketing.

OUT OF THE BOX

The TV had a scintillating effect when we placed it in our studio. Its been almost half a decade since LG’s proactive participation in the flat panel market here in the country, and it is for the first time that we’ve seen so much flamboyance in any of their flat panels. There have been the Scarlets and the Jazzs that had rare spurts of flashiness, but the new 55LM8600 bears a strong fashion statement that we haven’t seen with any LG TV. Two things that caught our attention were the panel stand and the seamless bezel-less frame. The metal ribbon stand is very contemporary in approach, making the TV look as if it is suspended in mid-air. Now we have reviewed monitors with killer looks but getting a 55-incher to appear like this is a Herculean task that LG has managed to pull off quite well. Also, we have seen frameless TVs, but the seamless no-bezel design came as a pleasant surprise to us. We couldn’t wait to experience the picture on the screen.

We asked LG what’s special about this new range of TVs, and they answered with a big 3D logo. Well, we were not surprised with that. After all, their FPR 3D technology has managed to bag the recognition  of the best 3D technology in the consumer segment. And this is where we would like to re instate the ‘Better Getting Best’ concept. For starters, they have come up with a few amendments in2D to 3D conversion, promising better experience devoid of any aberrations and anomalies in terms of

edge enhancement. There is this new ‘Dual Play’ mode that will beef great interest to the avid gamers. This feature will come in handy if you enjoy competitive gaming. It takes inspiration from the ‘split screen’ mode seen in many games, where two gamers can see their corresponding view-points on the same screen. The problem with this type of multi-player mode is that due to the split screen, both the gamers get only half of the total screen size as their gaming area. But with LG’s Dual Play mode, every gamer gets the entire screen for his own viewpoint. Fun, isn’t it? Furthermore, they have increased the control that one get son the 3D picture, for instance, the depth of the 3D images, image shifted. This feature will be extremely useful when you are converting2D to 3D and for tweaking the converted 3D picture to your liking. So much for the 3D world, but that’s not the end of what the new LG TV has to offer. The TV also excels interims of connectivity with ample options for I/O and an elaborate USB support as well. An interesting feature is the onboard Wi-fi connectivity. Yes, we do know that there are thousands of TVs with onboard Wi-fi, but LG has gone a step ahead to exploit this feature and not just use it for browsing the internet. With onboard Wi-fi, they have the SmartShare feature to connect your PC, mobile phone or tablet PCs directly to the TV and share content off-the-fly. For example, on PCs you just have to create a shared folder using the installation CD that comes with the TV and start sharing any files that you wish to see or hear on TV to the folder by just copying it to the folder. They have also packed in support for office files and PDFs as well. All the other features from last year’s Cinema 3D TVs from LG are retained in the 55LM8600 such as exhaustive control on the picture quality with a highly intuitive and suggestive user interface.

Just like the earlier versions of the Cinema3D TV, the LM8600also comes with an option of two remotes. First is the regular remote almost filled to the brim with all sorts of colorful buttons. Though densely populated, the remote is very easy to get along with and also comes in handy with the elaborate GUI of the TV. The second option is of the motion sensor remote (similar to the Microsoft Kinect for Xbox or the PlayStation Move forPlayStaion3). This houses only a handful of buttons, namely for 3D, apps, volume and power. But here LG has given a track pad and jog dial on the remote. If not for these two features on the remote, you would be struggling to get accustomed to the functioning and the movement of the remote on the screen. 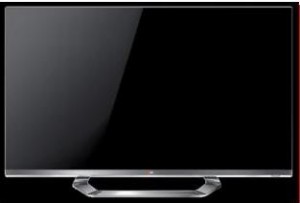 There is not much done in the2D video section, and we did not expect a great deal of difference in the already flawless picture quality of the Cinema3D TVs from LG. The frameless design does provide you with an experience similar to that of a projector only that you can see the boundaries. Nonetheless, the experience is much better than watching your movies on a TV with a 1” thick frame. As we sampled highly demanding Blu-rays such as ‘Thor’, ‘The Dark Knight’ and ‘Captain America’, the LG TV presented us with possibly the best video playback that you can get on any flat panel television currently available. Since all the above-mentioned Blu-rays are action-heavy, they bear all the pre-requisites (colour saturation, black levels, sharpness and motion) to test a flat panel for its optimum performance. And the 55LM8600was all game with its crisp sharpness, deep black levels, utmost colour saturation and swift handing of motion. And you also have the ISF presets that make life easy by calibrating the TV off-the-fly according to the ISF standards. We did find a slight trace of light leakage off the LED lined up on the edge of the TV. This was particularly seen in very dark scenes like the climax of ‘The Dark Knight’ affecting the detail in the black levels. This can be resolved to an extent by using a tweak for the black levels and choosing between two points—low (gets the black levels really deep) and high (reduces a contrast by a couple of notches by putting up a slight white cast on the screen).The next task was to check for the 3D picture quality, and unlike last year, this time we had almost two dozen 3D Blu-ray discs lying in the studio. And once again FPR3D technology proved it’s worth as the most suitable and convenient3D technology available in the market. Be it games, animation or even motion pictures, the playback for 3D was simply the best that we have seen. The TV not only tackles regular issues of 3D picture playback like low brightness, dizziness or headache caused by the glasses (more prevalent inactive shutter glasses) or even viewing angle, but manages to put up highly effective 3D performance. 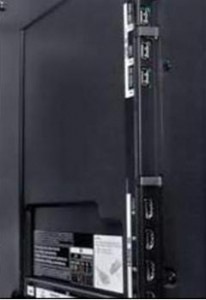 The vb  frameless design also played big role here in order to reduce the effect of constrained vision by providing a more immersive and engaging experience. The only drawback was that of the vertical viewing angle (also seen in earlier versions of the FPR 3D TVs from LG). So, if you wish to mount the55LM8600 on the wall, take care that you don’t mount the TV in such a way that the vertical viewing angle comes to more than 50 to 60degrees. If it is more than this range, you won’t be able to enjoy the 3Dexperience to the fullest as it affects picture sharpness and you easily see two different images forming the3D images. The 2D to 3D conversion is convincing but we did notice slight discrepancies in scenes with fast motion sequences. In ‘Thor’, every time the Bifrost started to revolve around itself or even in ‘Green Lantern’ when Hal Jordon (played by Ryan Reynolds) made his super-fast trips to some other planets, the TV seemed to lose its hold on the 3D rendition as it lost the sync for a couple of seconds. But this took place only for a few seconds as once the picture comes back to normal pace, the TV was once again in all its 3D glory. The Dual Play is an interesting feature and LG has incorporated some innovative reverse engineering. Picking up on how 3D technology works, they have devised a way where two different gamers can simultaneously look at two different images on the same screen. As it turns out, you need special Dual Play glasses for this. And the best part is that for the 55LM8600, a pair of Dual Play glasses is included in the package along with four normal FPR 3Dglasses. For some other models, you can avail the glasses at an extra cost. But considering the low cost of FPR 3D glasses, we think that this investment is absolutely worth it for the kind of results that it gives. Speaking about the SmartShare feature, a peculiar problem with such features is the setup procedure which gets painstaking and tedious, but in 55LM8600 LG has provided a simple step-by-step guide to the users on how to hook up their phones and PCs with the TV. It does not take more than a couple of minutes to complete the entire procedure and your TV becomes an entertainment hub. Once connected, you can also use the TV as a second screen without any wire using the SmartShare feature. The only care that you have to take is to have both the devices connected to the same Wi-fi network. Now that’s a little more than smart!

While viewing a 3D film with FPR 3D glasses, users are already receiving two different images that are simultaneously being displayed on a television or movie screen. Each of these two images are polarized using a special filter, and this filter orients 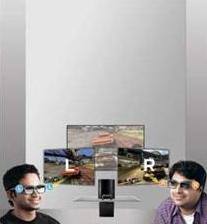 each image’s light waves in a specific direction. All this takes place on the screen itself. As for the glasses, the two lenses allow light waves to enter only if they’re oriented in the same direction as each lens’ polarised filter. For example, waves in plane X for the left eyeball and waves in plane Y for the right eyeball. When the brain processes the two different images coming in at the same time, the viewers perceive depth that isn’t actually there, and that’s 3D for us. LG’s Dual Play technology uses this same feature but with a twist. In the Dual Playglasses they have popped out the lenses on two polarised glasses and exchanged them to create matched pairs. One Dual Play glass contains the same lenses for both the eyeballs. So when a gamer wears them, he loses the ability to create a three-dimensional image, as it would have otherwise done. Instead both the eyeballs will now receive light waves that have been oriented in a single direction. In other words, a person gets picture A and cannot see picture B, while the vice-versa takes place with their competitor in the game.