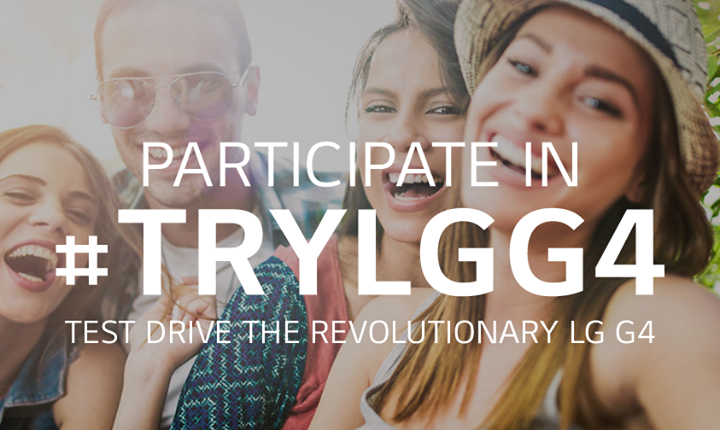 The glamour city Mumbai, this threshold of monsoon in June 2015, is heated up to come live with BIG B on Friday the 19th at the grand launch event of LGG4. To be held at NSCI, Mumbai, the launch of the new flagship LG G4 is expected to set another feather in the wing that started with the swarming #TryLGG4 campaign and followed by the accelerating LG G4 pre-booking drive.

The buzz of #TryLGG4 campaign burst out on mid of April, 2015 both online and offline that seethed till first week of June. The campaign that created a huge traffic of entries over social media was closed down with selected 50, out of which few lucky ones cracked the jackpot of #TryLGG4 test drive. The campaign was followed after LG delivered the revolutionary LGG4 to the lucky contestants and it carried away with sharing of countless exciting moments via pictures and videos from the contestants.

During the intervening time of #TryLGG4 test drive, LG conducted a smart pre-booking LGG4 drive bringing in the great Amitabh Bachchan, who later endorsed the flagship. The campaign created another hype over social media platform and offline as well. It contributed LG to build relationship with thousands of LGG4 pre-bookers, who all are invited to the grand launch event of LGG4 and giving them a chance to #MeetTheGreat Amitabh Bachchan.

The exciting launch event of LGG4 is going to unveil the lucky few pre-bookers who are going to receive their flagship LGG4 from BIG B himself. So keep your fingers crossed as the live streaming of LGG4 launch event is going to set sparks sharp at 12 P.M. on 19th of June, 2015.