Why the LG Cinema 3D Smart TVs outshine the rest… 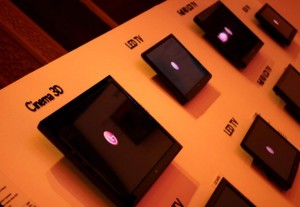 Mr. Soon Kwon, MD LGEIL said “Technology and design are key factors behind LG Home Entertainment products. With our 2012 CINEMA 3D Smart TV line-up, we have been able to take a significant step forward, thanks to a series of new and upgraded 3D features led by the CINEMA SCREEN Design.”

The CINEMA SCREEN Design translates the latest advances in LG’s Flat Panel TV technology into an aesthetically superior form. The Bezel that surrounds the new CINEMA 3D Smart TVs has been slimmed down to negligible levels (1 mm), creating a more optimal and comfortable environment for immersive 3D viewing. The picture goes virtually from edge to edge. 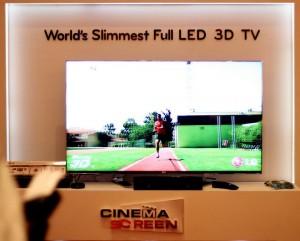 Talking about targets Mr. Soon Kwon added, “With 2012 Olympic to be broadcast in 3D and more than 30 English and Hindi 3D movies to hit Indian Cinemas hall, 3D entertainment is set to explode in India at a steady growth of 500%.  We are targeting business worth Rs. 1000 crore from 3D TVs and aim to consolidate our position in the Flat Panel TV segment with 30% market share.  To ensure the numbers we have an aggressive marketing strategy with a target investment of Rs.100 crore in Flagship product communication. This will be accompanied by experiential marketing campaigns.” 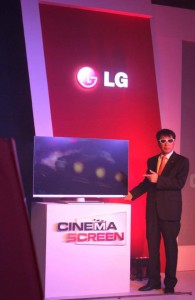 The new range of CINEMA 3D Smart TVs are accompanied by new CINEMA 3D glasses for 2012. Presented in four elegant series, the new glasses are 20% lighter than the previous ones, which were already the lightest in the industry, thus increasing comfort of users to watch countless 3D content for hours at a stretch.

Gamers will no doubt welcome the inclusion of Dual Play feature. For, it includes special glasses which allow two players see only their perspectives simultaneously on the full screen at once without having to split the screen.  This elevates the gaming experience a full notch up, truly an encounter of the first kind.

Immersive 3D experience is accompanied by 3D audio in new range of Cinema 3D smart TVs. 3D Sound Zooming generates 3D sound that is synchronized with the displayed 3D content, allowing users to not only see, but also hear in 3D.  The TV also boasts of innovations like Intel’s WiDi (Wireless Display) technology that enables easy and fast connection between TVs and PCs without requiring any internet, wires or wireless network.

One of biggest hits in 2011, LG’s Magic Motion Remote Control, is even more magical this year. With 3 enhanced modes – Pointing, Gesture & Wheel – it allows users to easily control their Smart TVs. 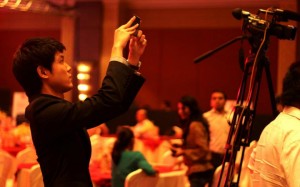